The altar servers of Mater Misericordiæ praise God by their service to Him at the altar. They desire to render this service with humility, reverence, and obedience insofar as God requires of them, guided by the rule of the Guild of St. Stephen.

Under The Patronage Of St. Stephen, Deacon & Martyr

All regularly scheduled servers at Mater are eligible for membership regardless of age, so long as they have shown proof of a desire to conform to the object ofthe Guild.A server may attain membership by either serving exclusively High Mass, OR exclusively Low Mass, OR any combination of the two.

– Postulates are not quite official members

– Proven by successfully completing an oral demonstration before Guild Director or President. This means that the server knows most of the Latin responses by heart and needs to only occasionally reference the server Latin response card for help.

– Ability to serve as Acolyte One in High Mass and all lower positions at all other Masses.

– Approval from Guild Director at recommendation of Guild President

– Completed one year as a vested Junior Acolyte

– Approval from Guild Director at the recommendation of Guild President

– Proven themselves with regards to Rule One of the Guild

– Full understanding of all High and Low Mass serving roles

The object of the Guild is the sanctification of the Altar Server by teaching him that serving in the Sanctuary is a great religious privilege; by instructing him in the manner of observing the rites and ceremonies of the Church according to the rubrics and decrees of the Sacred Congregation of Rites and the interpretations of the most generally accepted authorities; and by encouraging him to understand the meaning and the purpose of the ceremonies in which he takes part.

I offer myself to God Almighty, to Blessed Mary ever Virgin, and to our Holy Patron, St. Stephen, and I promise to do my best to serve reverently, intelligently and punctually, having the glory of God and my own eternal salvation as my object. 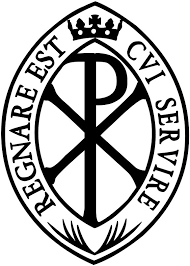 To Serve Christ is to Reign.

O God, who dost graciously accept the ministry of Thy servants and allow us to share in the service of Thy Altar, grant that, while in serving Thee, we follow the example of our Patron, Saint Stephen, the first Martyr, we may, like him, come to see Thy Son standing at your right hand of Thy Majesty, and so enter into the Kingdom of Our Lord and Savior, Jesus Christ, who lives and reigns for ever. Amen.

Direct, we beseech Thee, O Lord, our actions by Thy inspiration, and further them by Thy continual help; that every prayer and work of ours may always begin from Thee, and through Thee be likewise ended. Amen.

Stephen, full of grace and fortitude, did great wonders and signs among the people. Now there arose some, of that which is called the synagogue of the Libertines and of the Cyrenians and of the Alexandrians and of them that were of Cilicia and Asia, disputing with Stephen. And they were not able to resist the wisdom and the spirit that spoke. Then they suborned men to say they had heard him speak words of blasphemy against Moses and against God. And they stirred up the people and the ancients and the scribes. And running together, they took him and brought him to the council. And they set up false witnesses, who said: This man ceaseth not to speak words against the holy place and the law. For we have heard him say that this Jesus of Nazareth shall destroy this place and shall change the traditions which Moses delivered unto us. And all that sat in the council, looking on him, saw his face as if it had been the face of an angel. (Acts 6:8-15)

But he, being full of the Holy Ghost, looking up steadfastly to heaven, saw the glory of God and Jesus standing on the right hand of God. And he said: Behold, I see the heavens opened and the Son of man standing on the right hand of God. And they, crying out with a loud voice, stopped their ears and with one accord ran violently upon him. And casting him forth without the city, they stoned him. And the witnesses laid down their garments at the feet of a young man, whose name was Saul. And they stoned Stephen, invoking and saying: Lord Jesus, receive my spirit. And falling on his knees, he cried with a loud voice, saying: Lord, lay not his sin to their charge. And when he had said this, he fell asleep in the Lord.

Serving at Mater Misericordiae is a privilege open to males of all ages who meet the following criteria:

1. He (his family) is a registered parishioner here.

2. He has made his First Holy Communion.

3. If he has reached his 18th birthday, he MUST successfully complete the Diocese of Phoenix’s Safe Environment Training (SET) before he begins serving Mass, no exceptions.

All server training will be overseen by both the Pastor, Fr. Passo, and the priest whom the former designates as Guild Director.

Training is conducted by the President of the Guild, Mr. David Montoya, a lay volunteer, who also serves as the Head Master of Ceremonies (MC) at our Parish. As Head MC, Mr. Montoya conducts altar server training by reference to the official server training manuals.

He may be reached at the following email: serverguild@phoenixlatinmass.org

Each of our MCs and Senior Acolytes attend nearly every training, and this is no coincidence. Service at the altar is a skill which must be practiced in order to attain precision, therefore, servers are encouraged to attend training whether they be seasoned or not.

There are three possible types of scheduled server practices.

Normally scheduled on the first Saturday of the month with practice beginning at 9:10 AM and ending at 10:45 AM.? This practice is open only to experienced and new High Mass servers; meaning this practice is closed to those who only serve the Low Mass.

Will only be scheduled if a server(s) has RSVP’d via email beforehand. These practices will take place following the completion of the High Mass Only training. Practice will begin at 10:45 AM and end at 12 PM. This practice is open to both experienced and new Low Mass servers. Low Mass servers should arrive to practice a few minutes before, prepared and ready to learn. They should not attend the High Mass practice beforehand.

ALL SERVER WITH FOOD FUN

Normally scheduled on the first Saturday of the month with practice beginning at 09:10 and ending at 12 PM. While this practice will focus on High Mass, it is open to all MM servers (no RSVP required) and will include a spiritual talk by one of the priests and we will enjoy pizza and a fun event (usually Nerf games) following. We must emphasize that while those unfamiliar with the High Mass are welcome to attend, we remind those servers that it is necessary that they remain attentive and well-behaved. This is the opportunity for Low Mass servers to see and learn High Mass rubrics, Father or the Head MC may have time to work with new servers on their Latin; however, this is dependent on time and it must be restated that the bulk of Latin training/learning must be learned at home using the supplied “server response cards.”

Adult server training on an individual basis is available too, contact the Head MC for information about this.

This is where our current altar servers can find the direct link to the schedule, pronunciation aid, study guides and anything else our MC may add for your ongoing training.

Want to join or have questions? 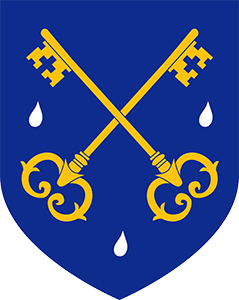